A little while ago, I found this recipe for chocolate Yogo and it looked good, but I had no idea what Yogo was supposed to be. From the recipe I gathered it was some sort of custard and later on got the confirmation from Mr. A. It must be an Australian thing. Either way, I thought this was something Elliot and I could do together so I set up the activity last week.

Elliot was over the moon. He loves helping me cook and his favourite thing about it is sticking his hands in the bowl while he’s mixing. If you ever come to my house and I serve you something I’ve made with Elliot, consider yourself warned, haha!

For this activity, he helped me mixing the ingredients together, then I took over when it was time to cook it on the stove. The recipe turned out really great, but I would add a few things to it. First, I’ve used only 80g of sugar instead of 120g and it was fine (this might depend on the type of cocoa you are using, mind you). Also, in step 2 it says to heat the milk until it gets hot but really, how hot is hot? So I heated the milk until it was just starting to bubble and that worked great.

All in all, it’s a great recipe for a yummy dessert. I put some of the custard in small containers and popped them frozen into Miss P’s lunchbox and she loved it. Make sure they stay cold though, or it will liquefy. Another idea is to pour it into ice-pop moulds for a nice frozen treat on hot days.

I originally had a different scarf in mind for my brother but because of my weird knitting technique, no matter …

Here is the recap of the last two weeks worth of children’s activities posted on my Facebook page. As Poppy …

I made these cute little mittens for the sons of one of my best friends. They live in France where …

Just like my little guy, I have inherited my family’s sweet tooth. Being French, pastries, cakes, biscuits – anything baked, …

For my dad this year, I wanted to make something that was both beautiful and useful. I’d had my eye …

If you’ve been following the Facebook page, you’ll have seen the activities I’ve been posting on there. Most of them …

Now that we’ve eaten through the last crumb of Stollen, Christmas Cake and other celebratory delicacies, I have re-instated the …

I’m getting quite attached to these cute little bunnies. This is the second one I’ve made in just a few …

Two days after Christmas, my baby turned two. Two! Didn’t I just give birth to him a month ago? Some …

©Mama G. & Co. All rights reserved. This material may not be reproduced, displayed, modified or distributed without the express prior written permission of the author. If you would like permission to use any of the content, please contact mamagwenn@yahoo.com. 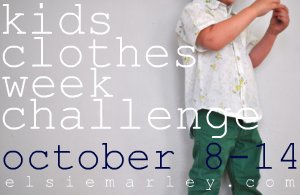